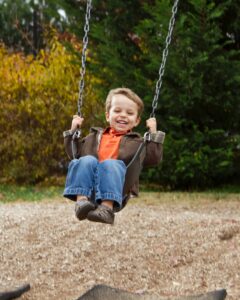 Life is a playground with God at your side.  You swing around and think you are going to fall but He catches you and surprises you in so many ways.

Yet, sometimes the fear of falling overshadows the joy or even keeps me sitting in the corner!

This week encouragement came in reading Philippians 2:12-13 in which Paul exhorts us to work out our salvation with fear and trembling.  In the Passion Translation it reads:

“My beloved ones, just like you’ve always listened to everything I’ve taught you in the past, I’m asking you now to keep following my instructions as though I were right there with you. Now you must continue to make this new life fully manifested as you live[j] in the holy awe of God—which brings you trembling into his presence. 13 God will continually revitalize you, implanting within you the passion to do what pleases him.[k] ”

These verses speak of a focus upon my awareness of Christ in me, an awe and trembling regarding how He is at work within my life and perhaps a fear that I am not relying on my own efforts.

I also found this verse on Escape to Reality.  Paul Ellis also had some great insights which helped me hear what God was saying to me.

It was a great comfort to realize that fear and trembling is a normal part of this life of faith.  We walk by faith not by sight.  Sometimes our emotions are tentative.  We disqualify ourselves because we think someone with more faith would do better.   The apostle Paul said he did not come with words of wisdom or eloquent speech… He came in fear and trembling and guess who also showed up ?   Hint: “A demonstration of the Spirit’s Power”.  (1 Cor 2:1-4)

So, I found myself re-qualified.  As a analytical, reserved, and sometimes fearful person – I am completely qualified to reveal His glory.   The fear and trembling to me is like stage fright.  It is like a proof that God wants to step out.  That becomes a happy experience when we yield to it.

Know that even in your fear, and thoughts of inadequacy, you are brave, qualified and fully equipped in His reality.  Nothing needs to be proven. You simply have the freedom to flow with Him and experience something of His ocean of love that surges through this earth wanting to love, health, prosper and protect. Remember to splash in the puddles a bit and have some fun with your heavenly Daddy. 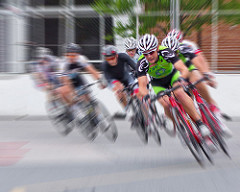 Thursday night I had a dream that really touched me.  I don’t remember the detail except that initially I it was heavy and dark.  I was observing a curse happening.  It was something to the affect that every Friday people would have to do everything twice and no matter what they did this force would

Maybe you have felt that in your own life.  You have an experience of renewed joy and hope but then somehow get sucked into depressing thought that things will never change.

During this part of the dream I also felt fear and demonic oppression.  You know that sense that some huge oppressive force is going to squash you and you want to go under your covers.  I knew this should not be happening.  Jesus broke EVERY curse.  It made me angry, frustrated, and confused that I would feel afraid when I know the enemy has no authority.  At this point, I awoke and began to feel physical symptoms like I was getting sick with a cold.  I could feel a scratchy throat and my ears were hurting.

Again, I felt frustrated and like it was out of my control, but next I sensed the Lord invite me to shift into a different reality.

He reminded me I was of a different Kingdom.

For He rescued us from the domain of darkness, and transferred us to the kingdom of His beloved Son. Col 1:13 NASB

As I thought about Him having brought me into His kingdom, I saw a bicyclist and I heard “Shift into a new gear”.    He reminded me to simply shift my heart belief and be happy about His kingdom.    He told me I could bring His kingdom into my situation.  The fear left and do did the physical symptoms but there wasn’t any struggle.  I was just thinking how good it is to be in the Kingdom of Light.

Isn’t that like our Father, our Shepherd?  He did the heavy lifting to remove curses to secure an abundant life.  I can say I woke up feeling great and had a very joyful and productive Friday.

His burden is light and His yoke is easy.

“Turn your eyes upon Jesus and the things of earth will grown faintly dim in the light of His glory and grace.”  Yet it’s more than that.  While we are looking at Jesus, I believe circumstances will shift in response to what is happening in our heart.  Our “job” is only to simply gaze upon Him – kind of like with googly eyes and let His love glance back take care of and activate the rest.

Now there’s a paradox worth pondering !  May His rest be activated in our hearts.  Let’s enjoy the simplicity of our ordinary lives lived in His extraordinary kingdom.

Important This site makes use of cookies which may contain tracking information about visitors. By continuing to browse this site you agree to our use of cookies.